Yes. The marketplace for life insurance settlements and viatical settlements is regulated at the state level – not at the federal level. The statutory framework for states that currently regulate viatical and life settlements is primarily based upon the Viatical Settlements Model Act.

The Model Act was created by the National Association of Insurance Commissioners (NAIC), a regulatory support organization that forms a national system of state-based insurance regulation in the U. S. The mission of NAIC is to help state insurance regulators establish standards and best practices, and coordinate regulatory oversight.

According to the Life Insurance Settlement Association, 43 states and the territory of Puerto Rico currently have regulations in place, affording approximately 90% of the United States population protection under comprehensive life settlement laws and regulations. Of this group, 31 states have a statutorily mandated two-year waiting period before one can sell their life insurance policy from the time of issue, while 10 states have five-year waiting periods and one state (Minnesota) has a four-year waiting period.

Most states (including states with large populations of seniors such as Florida, Maine, California, Pennsylvania, Arizona, Texas and others) have provisions within their life settlement acts where one can sell their policy before the waiting period if they meet certain criteria (i.e. owner/insured is terminally or chronically ill, divorce, retirement, physical or mental disability, etc.).

Some states have enacted life settlement disclosure laws requiring that policy owners be made aware of life settlements as a possible alternative to lapse or surrender. Six states − Kentucky, Maine, New Hampshire, Oregon, Washington and Wisconsin − require some type of disclosure that informs consumers who are about to lapse or surrender a policy about the life settlement option. California and Florida require a limited-disclosure notice. Although the state of New York has not enacted consumer disclosure laws, it is noteworthy that a large percentage of the secondary market transactions processed by us, originated from the state of New York. 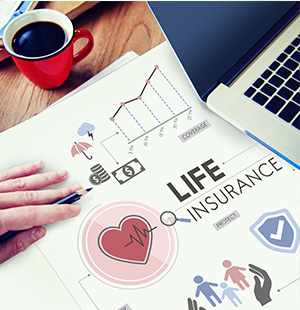 More recently, (October 2, 2018), the Rhode Island Department of Business Regulation released its consumer-disclosure notice. A new law that takes effect January 1, 2019 requires the department to draft the notice to be posted on its website. The law also requires insurance companies to direct consumers to the state website that includes an Insurance Bulletin discussing alternatives to lapsing or surrendering policies, including life settlements.

The bulletin points out that insurance companies must advise policyholders considering making changes to the status of their policies that they should consult a licensed insurance agent or financial adviser and that policy options such as accelerated death benefits, nursing home benefits, critical illness benefits and other benefits may be found on the department’s website

It is important to also note that some federal and state government agencies have begun to recommend life settlements as a solution to pay for long-term care expenses or to offset public funds used for Medicaid nursing home care.

Trust Life Settlements is the team experienced enough to assist you with these important decisions.